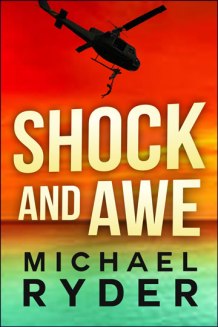 A horrifying bio-weapon, stolen by a ruthless mastermind, is being auctioned on a billionaire’s Mediterranean island at a decadent gathering of the world’s wealthy elites.

Tasked with infiltrating the island and stopping the auction, Special Exploits agent Jack Ford is ordered—forced—to team up with microbiologist Lucy Kimball.

Jack and Lucy have a history. They don’t trust each other. And that’s too bad—

Because if they don’t learn to work together, they’re going to die—

Along with everyone else on the planet.

Jack stared hard at Commander Grant. “No,” he repeated.

“Who did surprisingly well in England.”

“Her role was limited. She lied to a guy.”

“She doesn’t know what we do. How we operate. How we accomplish our missions.”

“She’ll be a liability in the field. I can’t be effective if I have to be her babysitter.”

“You don’t know what dead phosphorin smells like. She does. You won’t be effective without her.”

“The woman doesn’t like me!” Jack exploded. “She despises me. And we both know why.”

Excerpted from Shock and Awe by Michael Ryder — available now on Amazon.